It’s a chilly February evening in the Southeast U.S., and Julie Parker says her husband, David, is out of character. “He isn’t one to use superlatives,” she says. But the topic of conversation has turned from dinner at the local steakhouse (“it was fine”) to an all-inclusive resort in Exuma, in The Bahamas — Sandals Emerald Bay, to be exact.

In a very un-David-like manner, the “amazings” begin to spill. 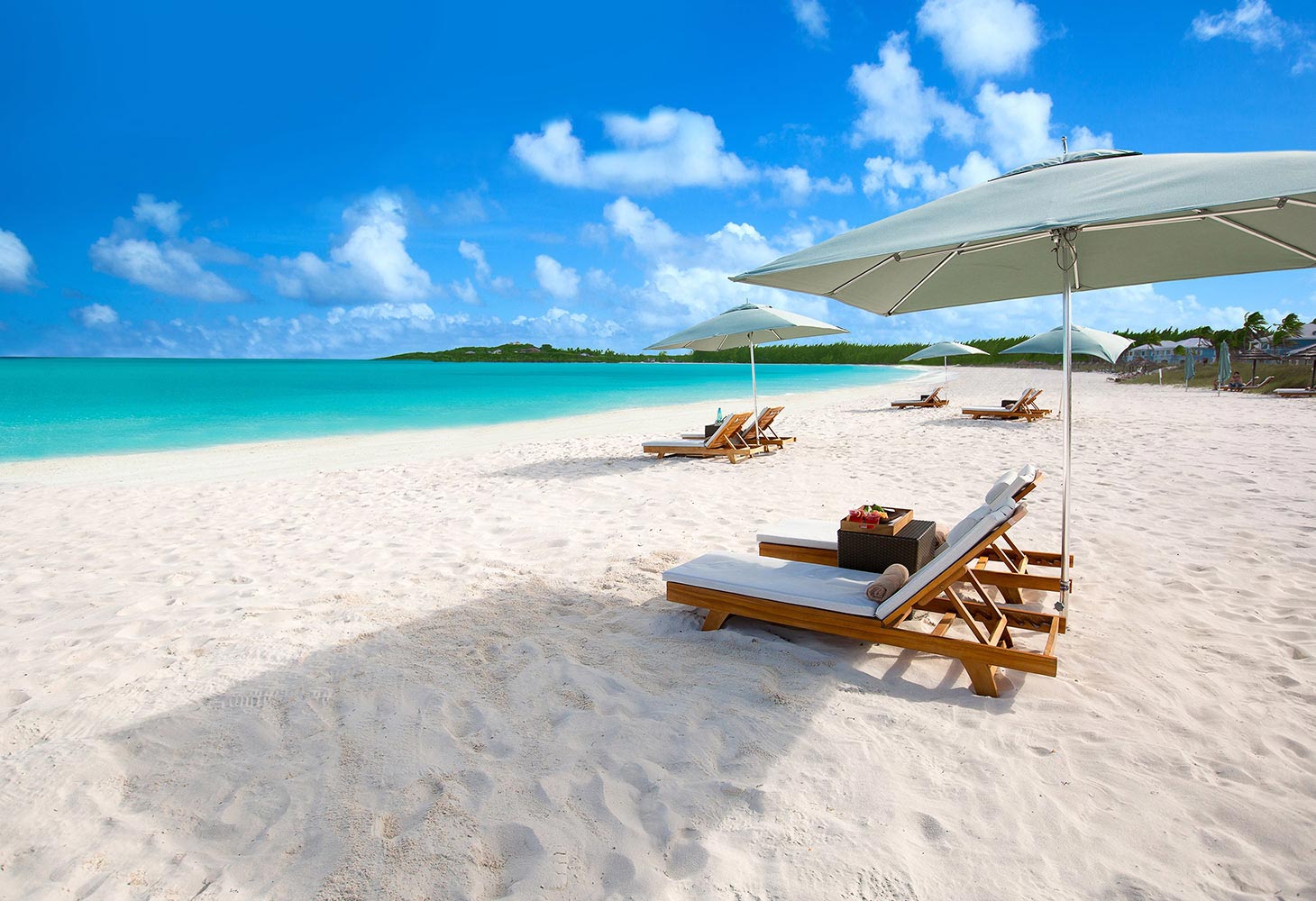 Relax and unwind with your loved one, surrounded by beautiful turquoise waters at Sandals Emerald Bay

David and Julie are scheduled to travel to Sandals Emerald Bay with another couple in mid-March, a few weeks after the Luxury Included® resort’s February 24 reopening. It will be the third time David and Julie have stepped into “amazing,” and the first time in nearly more than two years. They had a trip planned with their friends last April, but because of COVID-19, the couples rescheduled their trip to when Sandals Emerald Bay opened its doors again. During the past few months, Julie often lost herself by reading up on Sandals’ Platinum Protocols of Cleanliness and scrolling through pictures from their previous visits to Sandals Emerald Bay.

“They’re doing as much to keep the resort safe as we’re doing in our own home, so we’d talk about how nice it would be to isolate ourselves there, even for just a few days,” Julie says, referring to the resort’s natural ingredients for social distancing: a mile-long beach, an expansive property with more tropical trees than people, and an open invitation into the Caribbean Sea with a color so rich, you’d think it inspired the resort’s name. 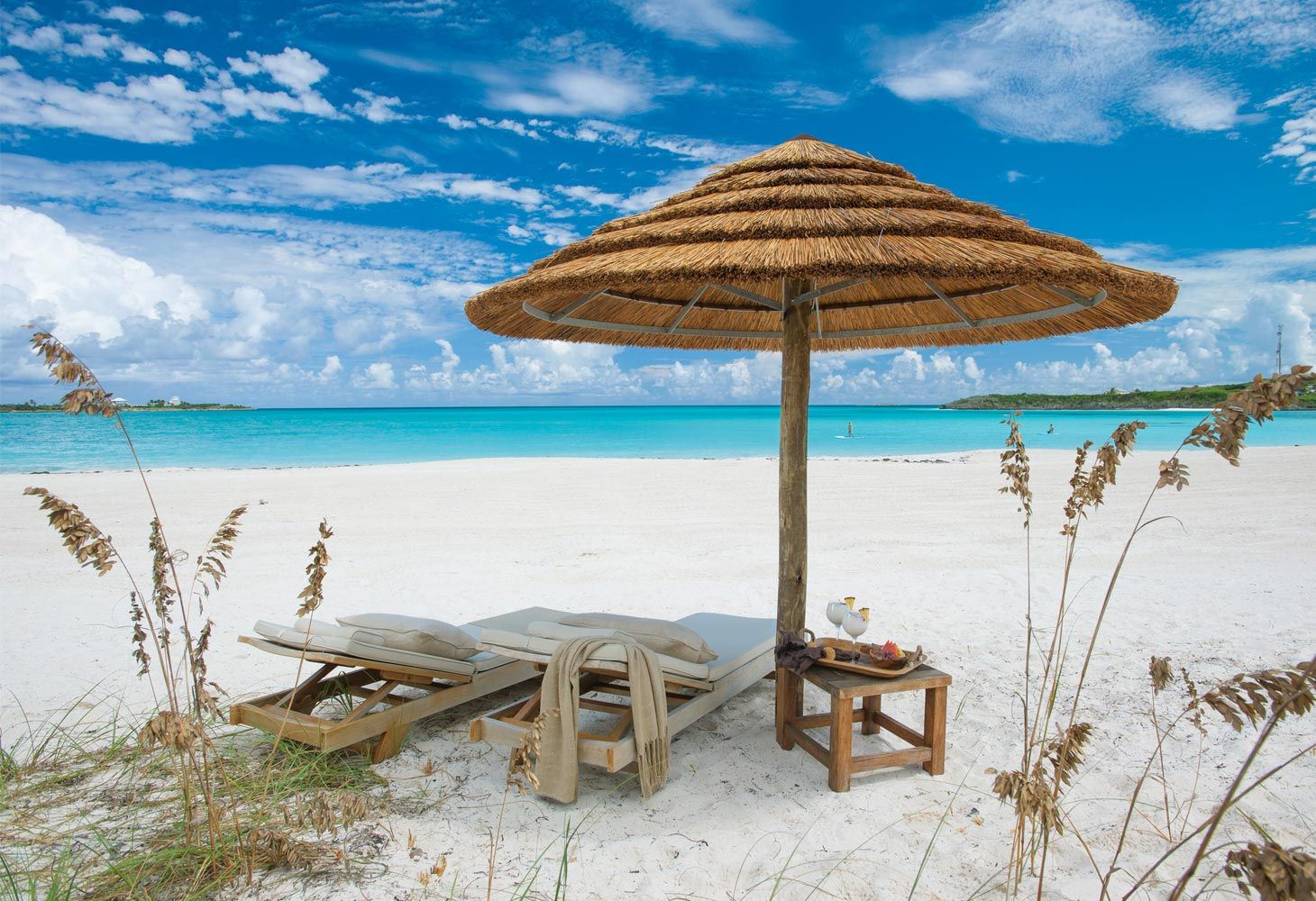 With grounds so expansive, it’s easy to isolate and feel like you and your love are the only two on-resort

Guests often say Sandals Emerald Bay reminds them of a distant, exotic island. Laid-back, sand as soft as baby powder, and as private as you want it to be. But there is one major perk about getting to Sandals Emerald Bay that most travelers do not realize.

“We can fly out of Atlanta around lunchtime and be at Sandals while the sun is still out,” says David. He looks out a window toward a yard of leafless trees. “It’s like… it’s like being in another world.”

He’s asked what exactly he means by “another world.” There’s a long pause. The more David thinks about it, the sharper the mental images become. 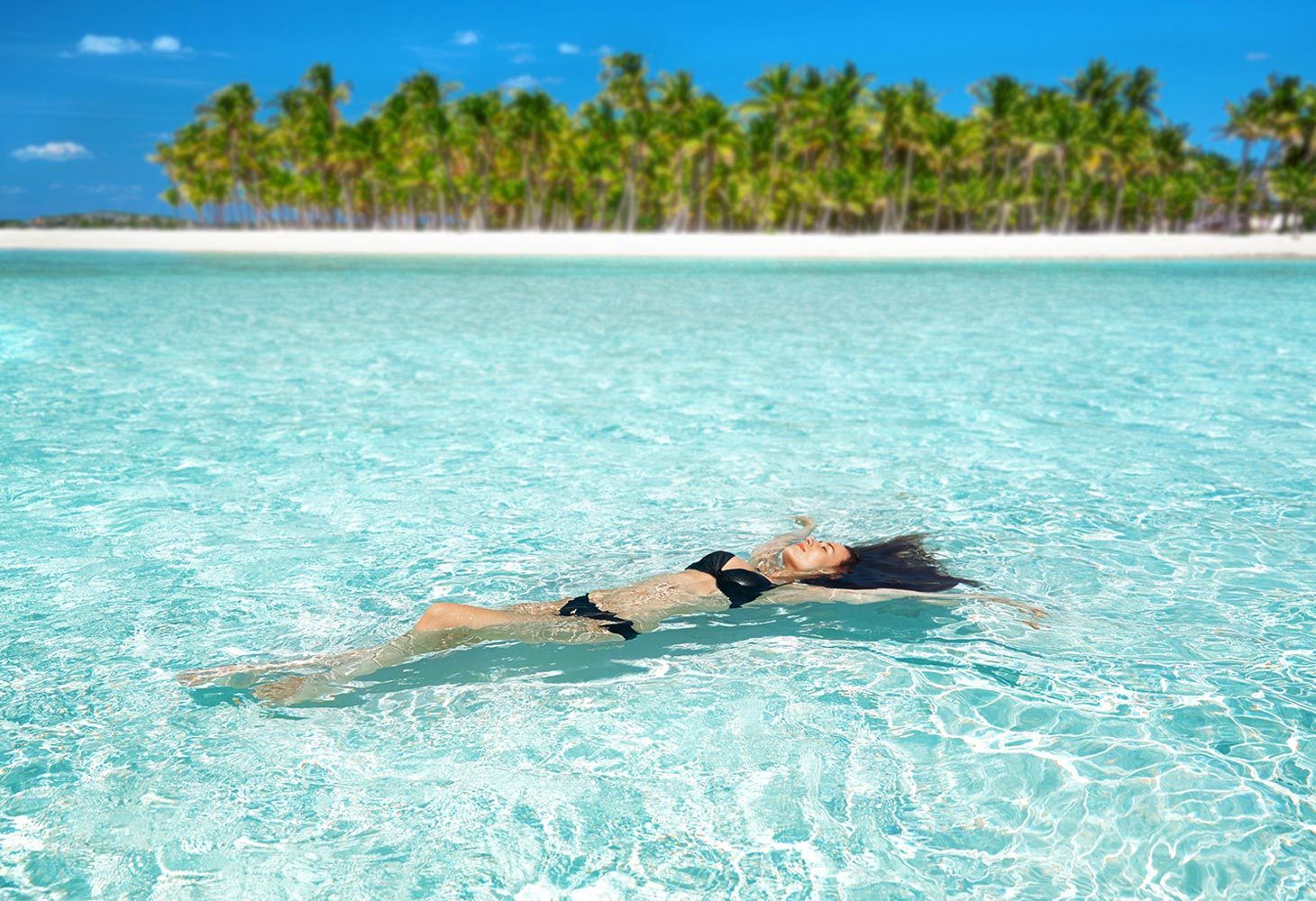 “Water,” he says. “Water. Water. Water. I’ve done quite a bit of traveling and the water at Sandals Emerald Bay is unlike any water I’ve seen anywhere else. Wherever you are at the resort, the water is always right there.”

It’s there in the lobby at check-in, where Sandals staff interrupts their non-stop sanitizing to offer a heartfelt “welcome home”. Guests are greeted with a fresh, moist towel, so each of them can wipe their face. Refreshed, guests take in the view, looking out to the crystal-clear pool that seems to unite with the stunning ocean water. 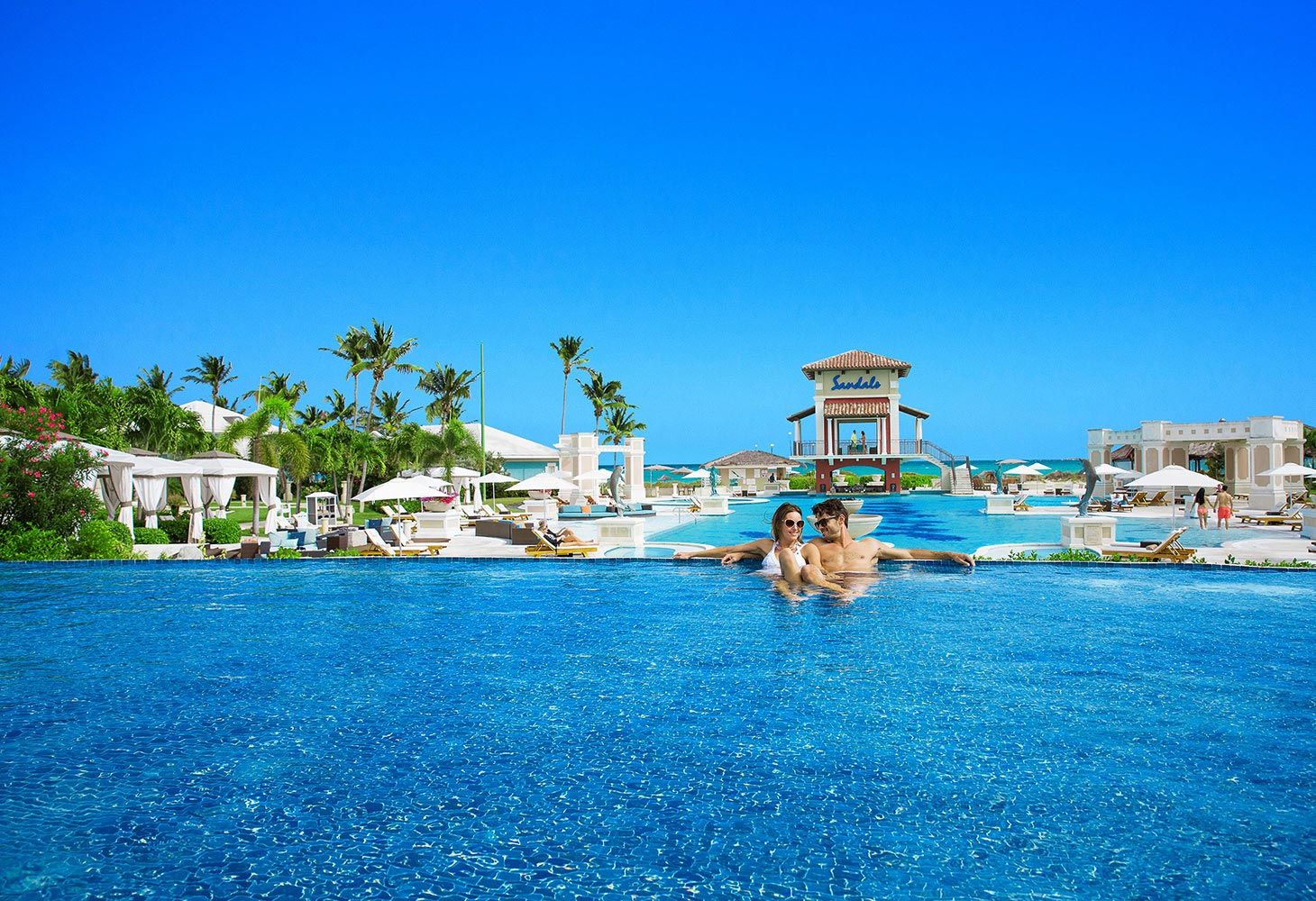 It’s there, during casual beach dinners at Barefoot by the Sea, where the waves gently wash ashore just a few steps away.

It’s there from the balcony of a romantic suite, where the elevation makes the water look so perfect you can follow it with your eyes until it disappears on the other side of the planet.

It’s even there during a round of golf on Sandals’ championship golf course, designed by none other than “The Shark” himself, Greg Norman.

“Seriously, can you think of a better COVID-safe activity than playing on a beautiful socially-distant golf course in the Exumas?” David asks rhetorically. Hall-of-Famer Greg Norman designed the course whereas the front nine runs through tropical corridors of sand dunes and palm trees, leading to a grand “oh-my-gosh” on the back nine, where you’re pleasantly surprised by sweeping views of the turquoise water. 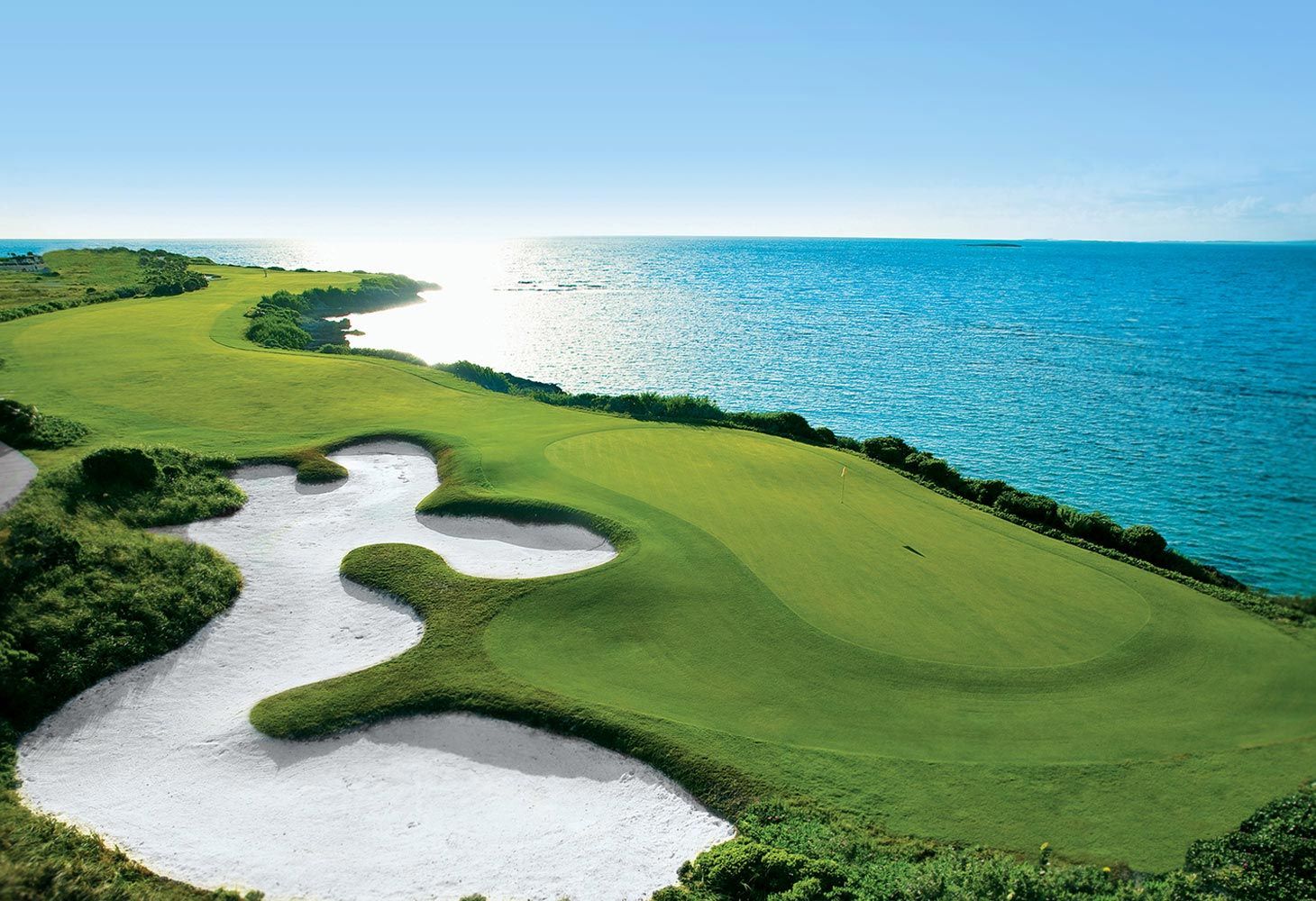 Enjoy a socially-distant round of golf on the award-winning Sandals Emerald Bay Golf Course, designed by Greg Norman

“The ocean views from tee to green are… phenomenal,” says David, “and the course is immaculate. I can only imagine how flawless it is now that they’ve had a year to detail it.”

There’s another long pause as Julie scrolls through the camera roll on her phone. She stops on a picture that’s stunning enough to be on a billboard. It’s her and David standing ankle-deep in the emerald sea, squeezing each other as if trying to squeeze the moment in place. All you can see are the two of them, the sky, the ocean water, and a sailboat out in the distance.

“There is no doubt in my mind,” says Julie, “that the air, the open spaces, the sunshine, and even the spectacular colors make us feel healthier — mentally and physically. The pictures alone have a certain affect, but when you’re there at the resort, taking it all in, it’s a surreal experience.” 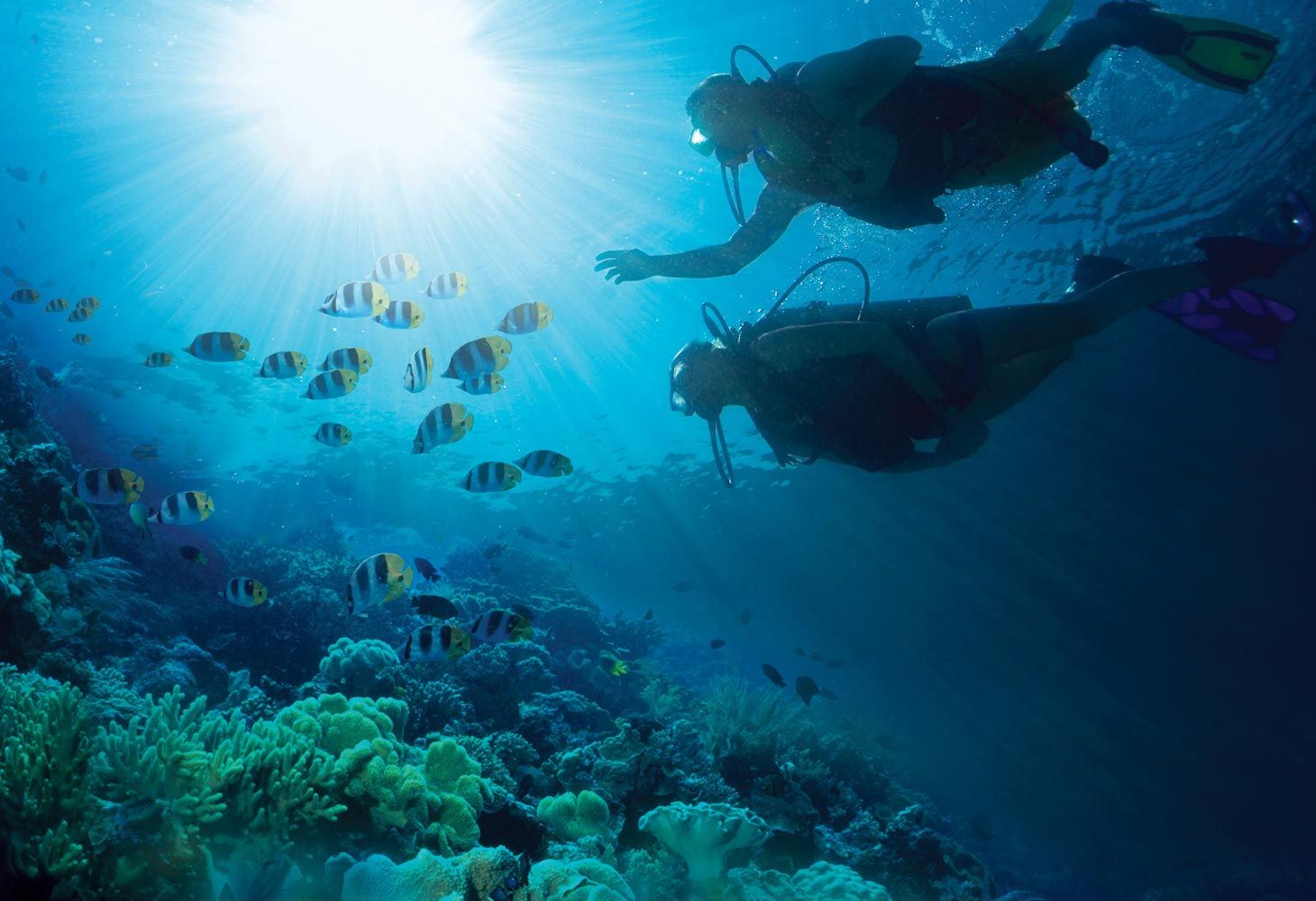 Explore the deep blue sea and all of its colorful inhabitants with your loved one.

As much ocean water as guests can see from the lobby, golf course, lobby, and oceanfront suites, there are also tons of hidden spectacles. But they’re only visible if you’re in the sea.

“I’ve had a chance to dive all over the Caribbean,” says David, “and the sea life around Sandals Emerald Bay is the absolute best. Tropical fish are everywhere. We don’t have to go deep to see them. Sometimes we’ll just go out with our wives and snorkel. It’s calm… it’s relaxing… it’s amazing.”

Julie pulls her own description from the deep blue: “It’s romantic. When we’re in the water, it’s like David and I are the only people in the entire Caribbean Sea.” 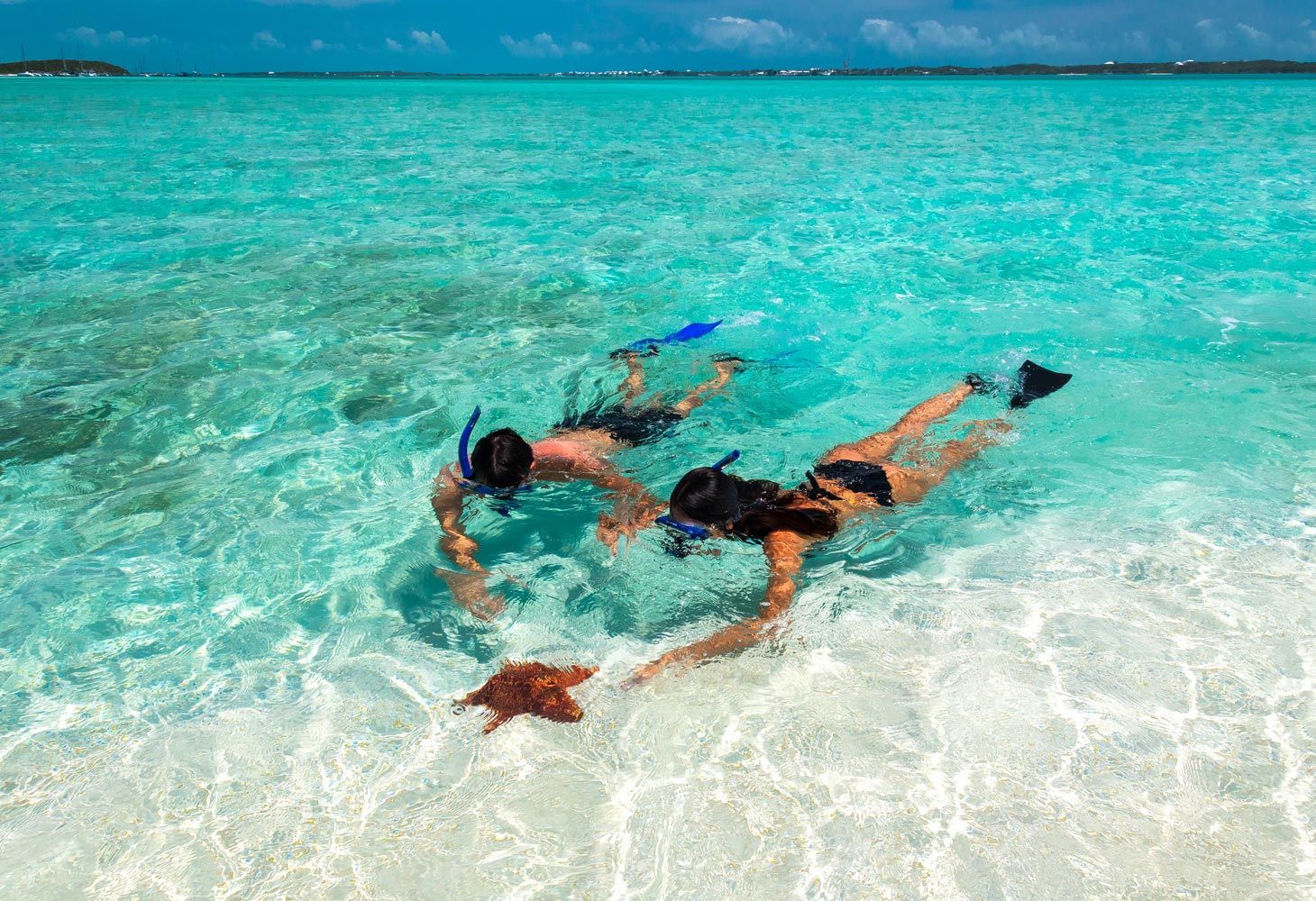 She does admit there’s one place she’d rather be: on a massage table. Even from there, she’s had a panoramic view of the ocean. Julie and her friend say it’s pretty easy to talk the husbands into joining them for couples’ spa treatments at the Red Lane® Spa.

“It feels great after a round of golf,” says David. The first time he joined Julie for a massage, he thought it would take maybe half an hour. When he peeled his buttery-self off the table, he couldn’t believe it had been 90 minutes. 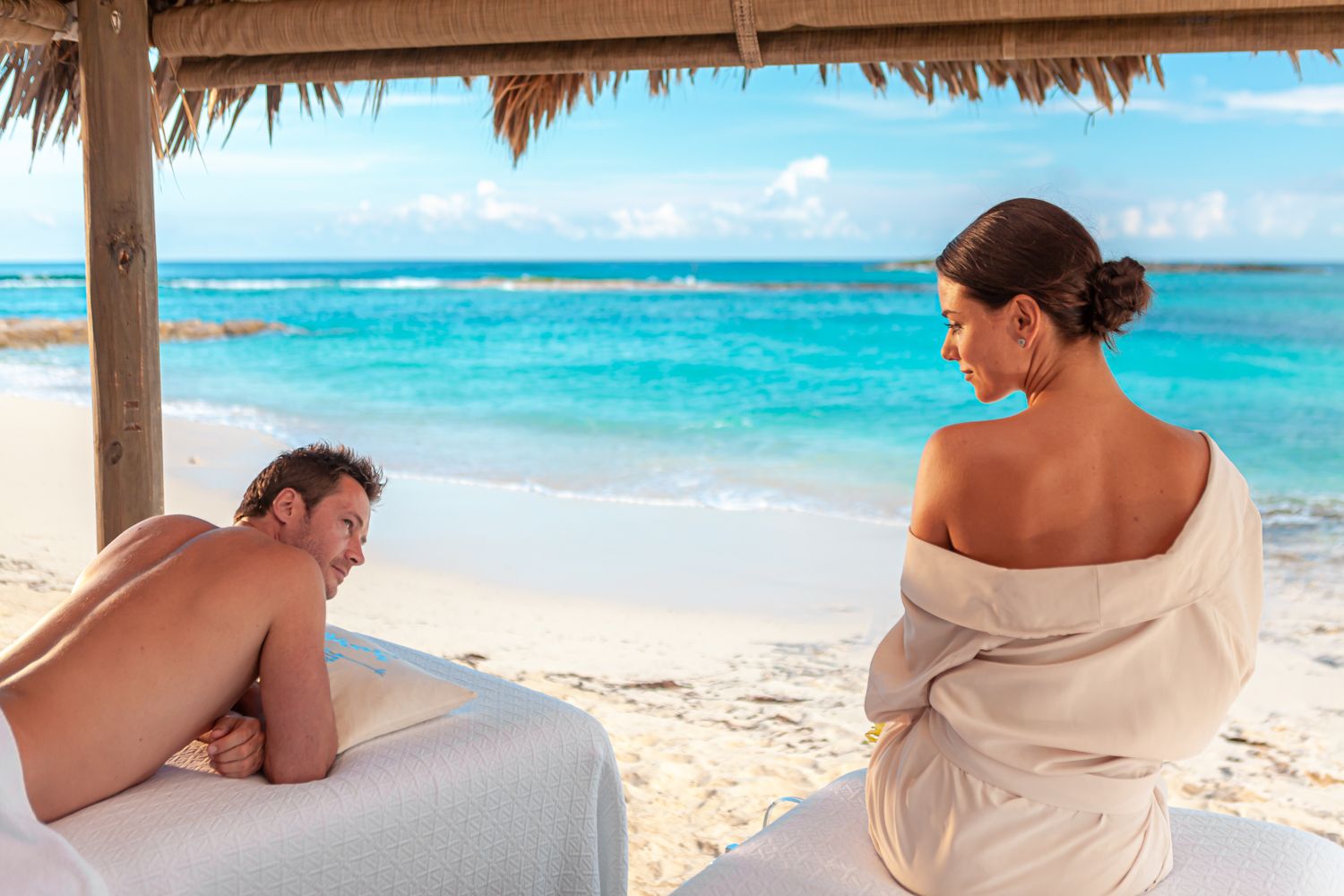 “No regrets,” he says. “We’re talking about a spa treatment next to the beach in the Exumas. Come on.”

Julie says she’s scheduling at least two massages for the upcoming trip to Sandals Emerald Bay. She’s also planning one candlelight dinner on the beach.
“But I know there will be two,” says David. 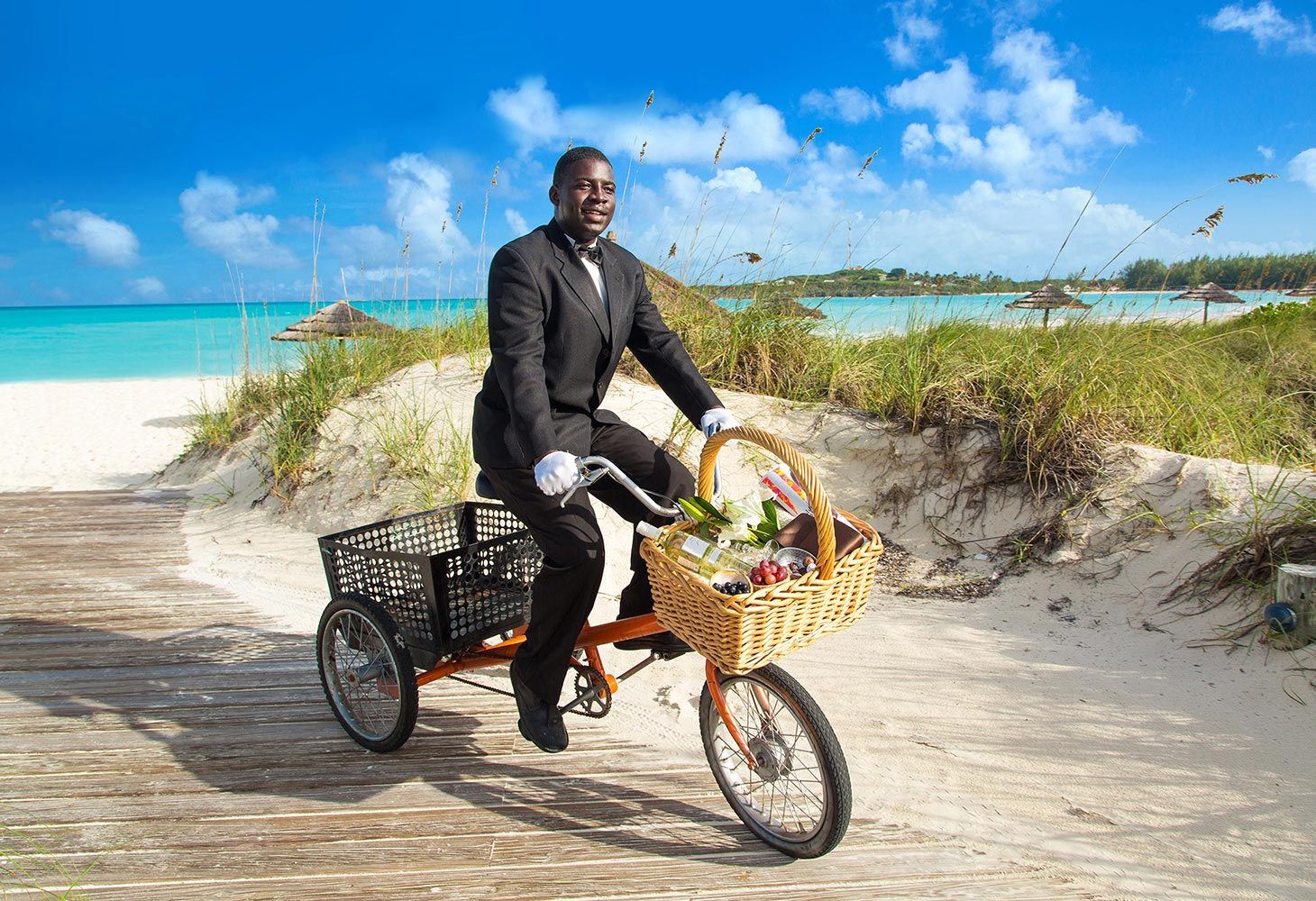 Before the candles are lit, they envision a day going something like this:
The butler will leave breakfast and coffee at the door of their suite, individually prepared and perfectly timed. Then they’ll go for a casual walk on the beach with that powdery sand pushing between their toes. Bowls of ceviche and sliced mango will appear at their elbows after a nap in an over-water hammock. They’ll gauge their mood for either a Jeep excursion into the wild or a catamaran cruise into the horizon. They’ll take fresh crepes and lattes back to their suite, slide the balcony doors wide open and drift away on the same breeze that traveled across the most beautiful sea in the universe to greet them.

It’s almost time, finally. And it’s going to be amazing. 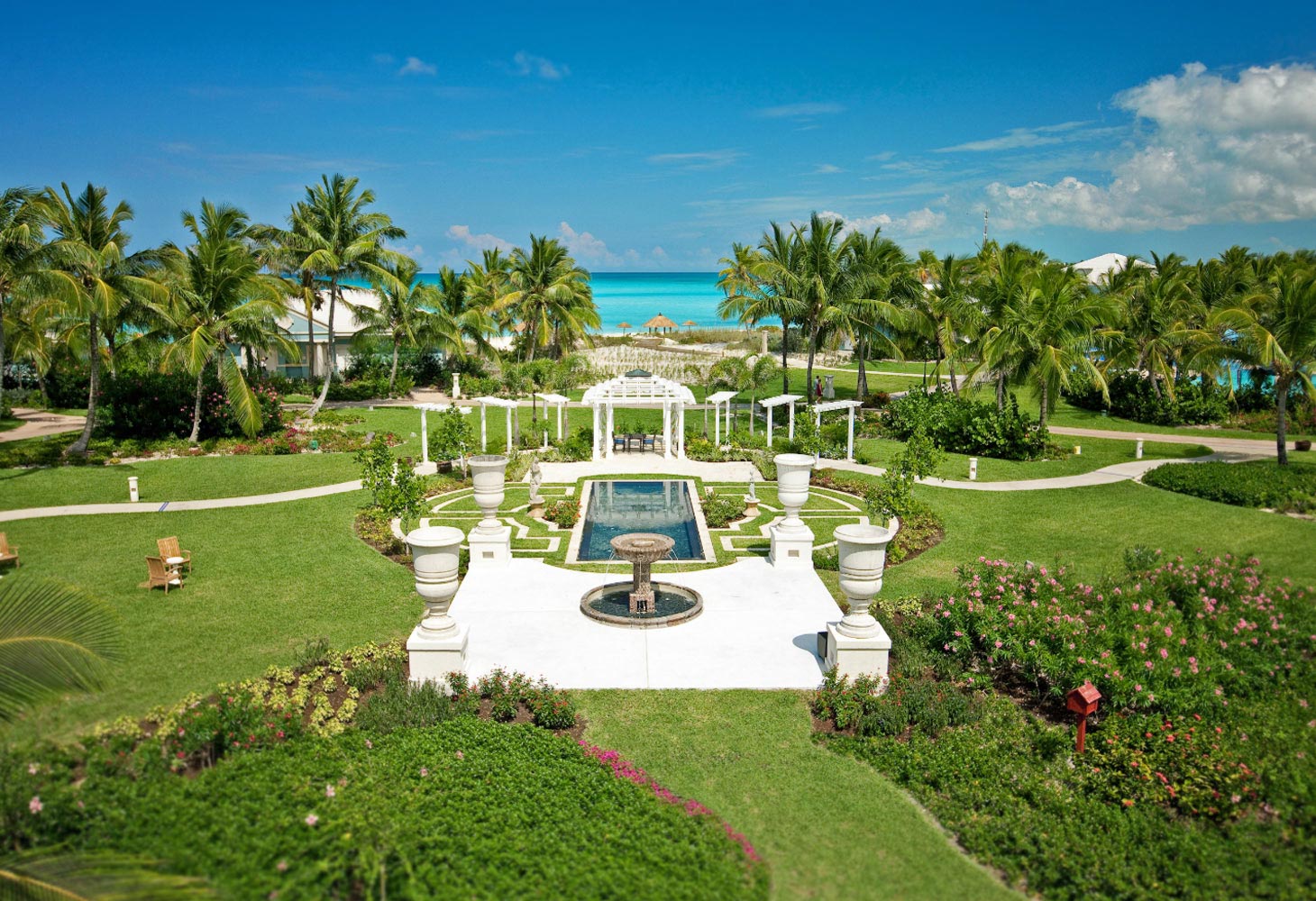 Photo Credit: Stanlo Photography (Stanley Babb) It’s only been a few weeks since Bobby and Patrice Chen were married at Sandals Grande St. Lucian. Patrice is already apologizing for not having their favorite wedding picture on dis…

Photo Credit: Stanlo Photography (Stanley Babb) It’s only been a few weeks since Bobby and Patrice Chen were married at Sandals Grande St. Lucian. Patrice is already apologizing for not having their favorite wedding picture on dis…